The Roman Forum (Forum Romanum) was the central area of the city around which ancient Rome developed. Here was where commerce, business, prostitution, cult and the administration of justice took place. Space where religious activities were conducted and the communal hearth of the city.

The Roman Forum was designed by the architect Vitruvius with proportions 3:2 (length to width). For centuries, the Forum Romanum was the site of the city's most important public buildings, such as the Arch of Septimius Severus, built in AD203 and the Roman Forum Rostra or platforms for public speeches. The reliefs on the triple arch represented many of Rome's victories over oriental tribes and the Rostra was decorated with prows of warships captured during battles. The Roman Forum became the spectacular showcase of the Roman Empire filled with beautiful statues and architecture.

The main sight of the Forum include the Arch of Titus (Arco di Tito), the Temple of Saturn, Temple of Vesta, and the church of San Luca e Martina. These are all linked by the Sacra Via, the main road through the Forum. Rome (/ˈroʊm/; Italian: Roma pronounced [ˈroːma] ( listen); Latin: Rōma) is a city and special comune (named "Roma Capitale") in Italy. Rome is the capital of Italy and also of the homonymous province and of the region of Lazio. With 2.8 million residents in 1,285.3 km2 (496.3 sq mi), it is also the country's largest and most populated comune and fifth-most populous city in the European Union by population within city limits. Between 3.2 and 3.8 million people live in the urban area. and 4,194,068 in Rome metropolitan area.[3][4][5][6][7][8][9] The city is located in the central-western portion of the Italian Peninsula, on the Tiber within the Lazio region of Italy. Rome is referred to as "The Eternal City", a notion expressed by ancient Roman poets and writers. 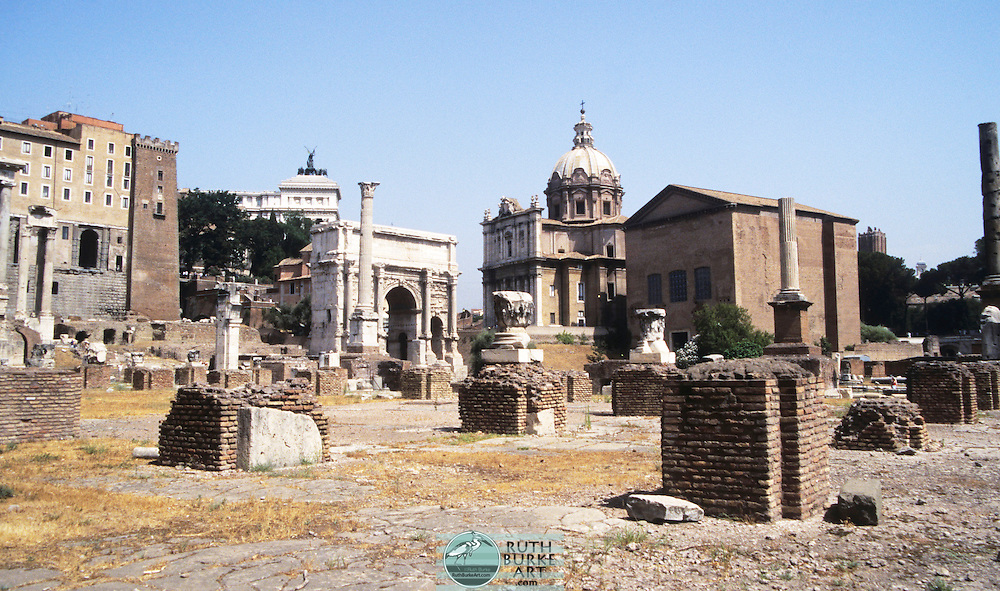