Spondylus is a genus of bivalve molluscs, the only genus in the family Spondylidae. As well as being the systematic or scientific name, Spondylus is also the most often used common name for these animals, though they are also known as thorny oysters or spiny oysters.
The many species of Spondylus vary considerably in appearance and range. They are grouped in the same superfamily as the scallops, but like the true oysters (family Ostreidae), they cement themselves to rocks, rather than attaching themselves by a byssus. Their key characteristic is the two parts of their shells are hinged together with a ball and socket type of hinge, rather than a toothed hinge as is more common in other bivalves.
Spondylus spp. have multiple eyes around the edges of the shell, and they have relatively well-developed nervous systems. Their nervous ganglia are concentrated in the visceral region, with recognisable optic lobes connected to the eyes.
Spondylus shells are much sought after by collectors, and there is a lively commercial market in them. 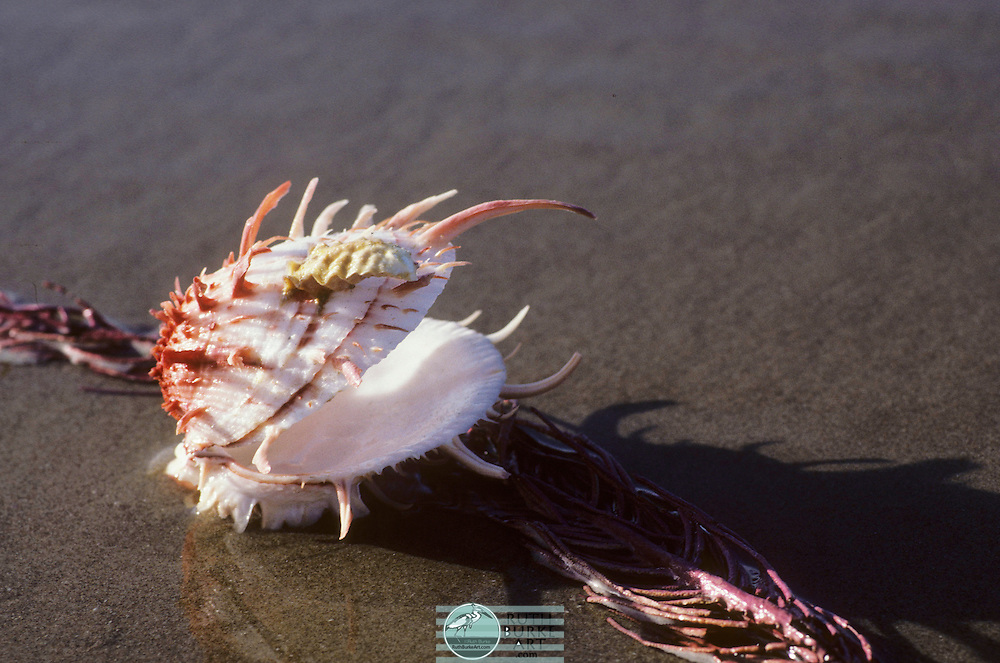