white sail boats out on bay.jpg

Sailing is the propulsion of a vehicle and the control of its movement with large (usually fabric) foils called sails. By changing the rigging, rudder, and sometimes the keel or centreboard, a sailor manages the force of the wind on the sails in order to move the vessel relative to its surrounding medium (typically water, but also land and ice) and change its direction and speed. Mastery of the skill requires experience in varying wind and sea conditions, as well as knowledge concerning sailboats themselves and an understanding of one's surroundings.
While there are still some places in the world where sail-powered passenger, fishing and trading vessels are used, these craft have become rarer as internal combustion engines have become economically viable in even the poorest and most remote areas. In most countries sailing is enjoyed as a recreational activity or as a sport. Recreational sailing or yachting can be divided into racing and cruising. Cruising can include extended offshore and ocean-crossing trips, coastal sailing within sight of land, and daysailing. A sailboat or sailing boat is a boat propelled partly or entirely by sails.The generic term covers a variety of boats, larger than small vessels such as sailboards and smaller than sailing ships, but distinctions in the size are not strictly defined and what constitutes a sailing ship, sailboat, or a smaller vessel (such as a sailboard) varies by region and maritime culture. 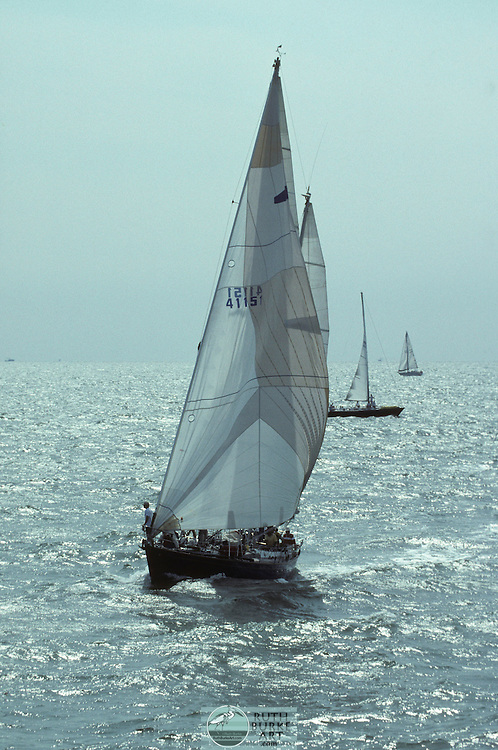