A catamaran is a multihulled vessel consisting of two parallel hulls of equal size.
A catamaran is geometry-stabilized, that is, it derives its stability from its wide beam, rather than having a ballasted keel like a monohull. Being ballast-free and lighter than a monohull, a catamaran can have a very shallow draught. The two hulls will be much finer than a monohull's, the reduced drag allowing faster speeds. A sailing multihull will heel much less than a sailing monohull, so its sails spill less wind and are more efficient. The limited heeling means the ride may be more comfortable for passengers and crew, although catamarans can exhibit an unsettling "hobby-horse" motion. Unlike a self-righting monohull, if a gust causes a sailing catamaran to capsize, it may be impossible to right the multihull; but having no ballast, an upturned catamaran will be unlikely to sink. 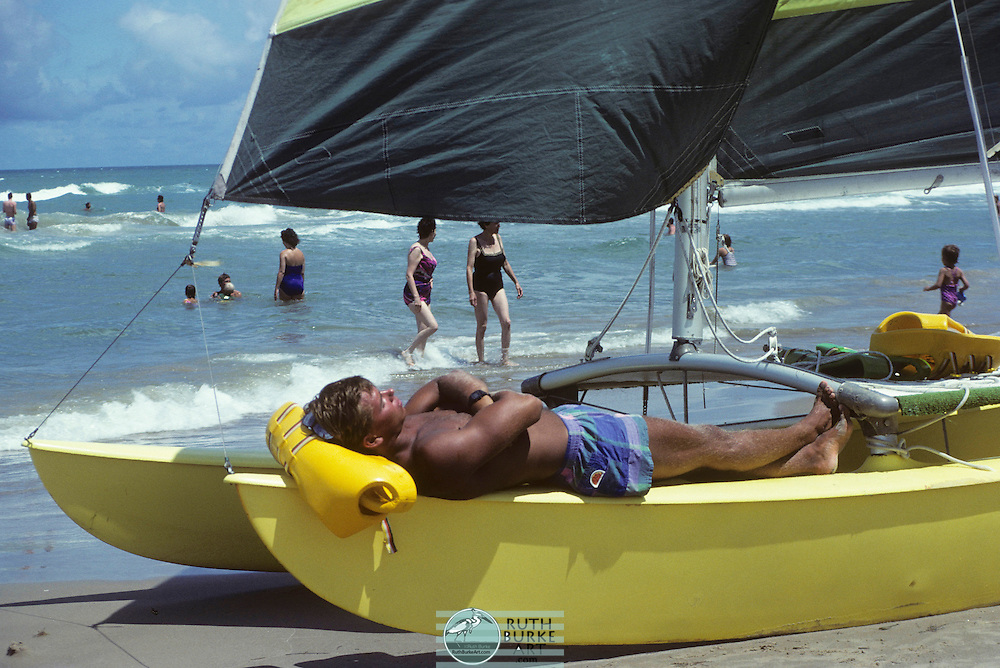